The University of Navarre’s Centre for Applied Medical Research (in Spanish: Centro de Investigación Médica Aplicada, CIMA) and Leartiker, a technology centre that specialises in polymer technology, held a meeting this morning in Pamplona between health and 3D printing professionals from the Basque Country and Navarre to build synergies, strengthen ties and explore new partnership opportunities.

Both organisations are participating in the European CARDIOPATCH (Interreg Sudoe) project in which, through regenerative medicine and 3D printing, seeks to open new ways of treating heart attacks and provide solutions that improve patients’ quality of life. This initiative also aims to create a “Network of Excellence” to promote R&D&I in the biomedical sector in southwest Europe as a way to expand Industry 4.0 technologies to the healthcare sector.

The panel of speakers was made up of a varied representation of agents from the health and 3D printing sector in the Basque Country and Navarre. Important companies such as OPTIMUS3D, i+MED, Izasa Scientific, Naitec and Viscofan, presented the research and developments they have carried out in recent years, with special emphasis on the use of 3D printing in their projects in the health sector. 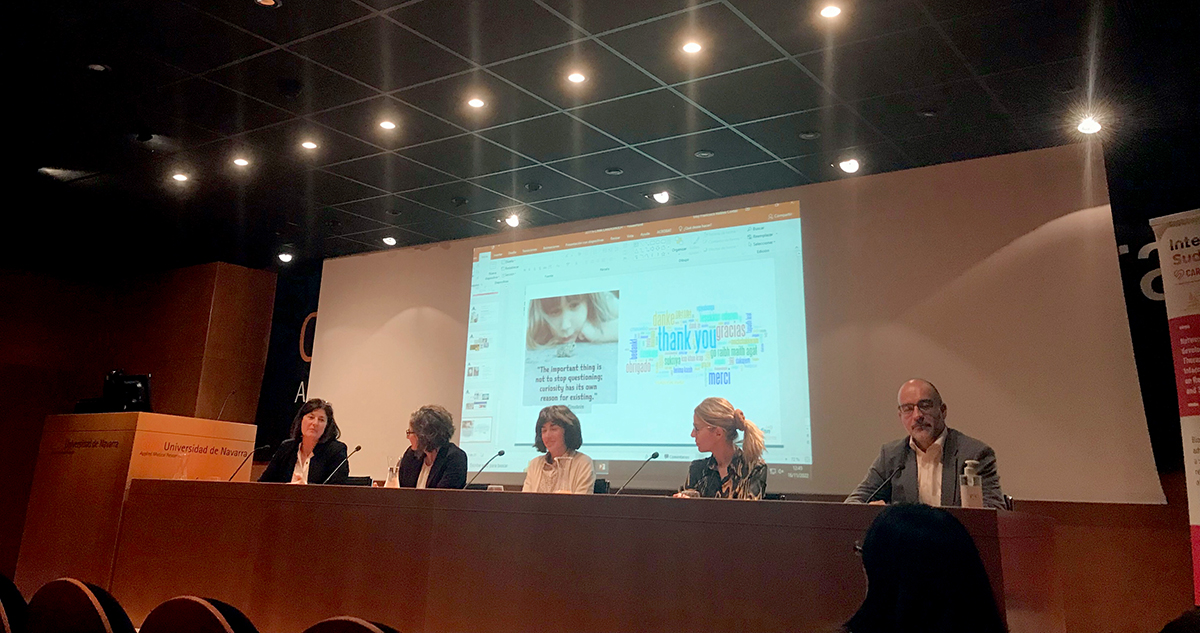 This was followed by a round table where the speakers shared their views on the new opportunities for companies, concluding that a good future is foreseen for the sector.

Finally, Eloy Robles, project manager at the University of Navarra, presented the funding opportunities that exist for joint projects and provided detailed information on European, state and regional funding possibilities. Robles also provided guidelines and advice on how to improve the project proposals that interested parties may wish to submit for the aforementioned funding.

Those attending the conference have positively valued the meeting in which, thanks to the speakers, agents and entities that have participated, it has been possible to promote synergies creating an unparalleled space as a preliminary step for future collaborations and developments.

The main goal of the Cardiopatch project, spearheaded by the University Clinic of Navarre and co-financed by the Interreg Sudoe Programme through FEDER funds, is to develop a “smart patch” for cardiac regeneration in people who have suffered a heart attack. The project involves the participation of nine organisations, including Leartiker, that specialize in fields including cardiology, cell therapy, nanotechnology, 3D printing, bioengineering and technology transfer.

The tech centre’s mission within this initiative focuses on the development of two devices; on the one hand, a 3D system for growing and transporting the “smart patch”, and on the other hand, a 3D tool that will roll up the patch and make it easier to place in the heart via a non-invasive procedure. The small-scale bioreactors that Leartiker has developed are already being used to grow the smart patch, and the larger ones are still in the testing phase and could potentially be ready early next year. Meanwhile, the 3D tool for rolling up the patch is slated to be ready during the first half of the coming year.

The project will end in April 2023 and the products developed will be tested in animals. January and February next year will be key months for the CARDIOPATCH project, since the first tests on pigs are scheduled to begin during this period.